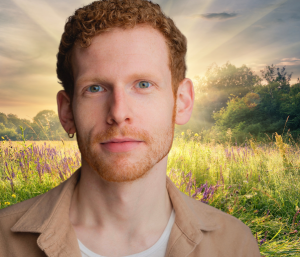 Max Chernin is a Brooklyn-based artist from Shaker Heights, Ohio. Most recently,  Max wrote and starred in Together Again for the Goodspeed Opera House, where he also led the 2019 premiere of Passing Through. He made his Broadway debut in Steve Martin & Edie Brickell’s Bright Star, and appeared in the 2017 revival of Sunday in the Park with George. New York: Bernstein’s Mass (Lincoln Center), The Golden Apple (City Center Encores!), Brooklynite (Vineyard Theatre). Regional: Daddy Long Legs (Theatre Raleigh), Bright Star (Old Globe, Kennedy Center, Center Theatre Group.) He has performed his solo show, The Color Ginger at Feinstein’s/54 Below and The Green Room 42. On TV, Max can be seen on “Dickinson” “The Blacklist”, “Mozart In The Jungle”, “The Family”, and Adam Sandler’s The Week Of. BFA: University of Cincinnati’s College-Conservatory of Music (CCM)