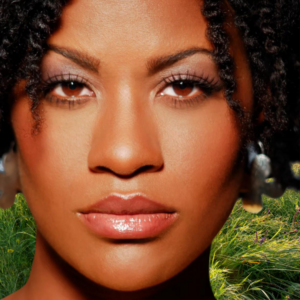 Whether in the recording studio, featured on national stages, or crafting a poignant song, Mariama Whyte has the secret recipe that is certain to satisfy even the most discerning palette. A multi-hyphenate artist from Cleveland, OH, Mariama is a dynamic singer, songwriter, actor, author, speaker and empowerment coach. She has performed in the Broadway National Tours of Disney’s The Lion King and Oprah Winfrey Presents: The Color Purple, and in regional theatres such as Cleveland Play House, Karamu House, and Dobama Theatre. She has also been featured in regional commercials, modeling ads and various independent film projects. As a sought after vocalist, Mariama has headlined shows throughout her hometown, shared the stage with prolific music producer/composer David Foster and has opened for renowned recording artists such as Stephanie Mills, Lisa Fischer, and Rahsaan Patterson. As an independent recording artist, she has released multiple music projects including her EP Find Your Light and multiple singles. Her catchy new single, This is a Gift, will be included on her upcoming full length album, Hey You It’s Me.  Mariama has been recognized in Cleveland for her artistry and is a recipient of a Room in the House Artist Fellowship from Karamu House (2020) and a Verge Fellowship presented by Cleveland Arts Prize (2019).  Along with her work as creative, Mariama enjoys encouraging and empowering young people and adult clients through workshops and speaking engagements. While her life as an artist is full, her role as a mother is supreme and she shares her motherhood journey through her work as well, expressed in her her single, This Mother’s Life, and her e-book, Single Mother’s Soul – Reflections for a Joyful and Empowered Life.